Christian bands and artists have faced a challenging year having their concerts venues shut down, but that has not stopped the ministry or music of the band MercyMe. Monday Mike Scheuchzer of MercyMe joins Ken and Deb to talk about God’s provision and plan in the connecting of a new song with a story that was unfolding. Be listening for this inspiring song and exciting news about a new album releasing in April.

The men’s equipping conference Iron Sharpens Iron is back for the 2021 season! Monday we visit with President of Focal Point Ministries Roy Abbott, who will fill us in on this in-person event taking place April 10 at Corem Deo Bible Church in Davenport. Be listening to hear more about the special speakers for the day along with the various breakout sessions that make up this powerful day of Biblical equipping and encouragement for men. 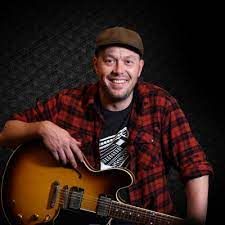 Mike Scheuchzer is one of the guitarists in the Christian band Mercy Me. The band was formed in 1994 and released six independent albums prior to signing with INO Records in 2001. The group gained mainstream recognition with the crossover single, "I Can Only Imagine", which sent their debut album, Almost There, to a double-platinum certification.