Following the riots at the Capitol last week, President Trump could find himself removed from office by impeachment or by way of the 25th Amendment. To help us sort out both processes, Dr. Mark Caleb Smith, Director of the Center for Political Studies at Cedarville University, will join the morning conversation. Dr. Smith will also talk about some of the implications of impeachment for our nation as well as how to live out our faith during this turbulent time.

Every Tuesday we hear from a local ministry leader/Pastor, who leads us in a study of God's Word for our morning. Join this week's teaching that will be led by Station Manager Jason Crosby. Take time out to delve deeper into scripture and to hear timely applications on how to live out the Word!

Join us for today's coffee break!
How are you doing with your New Year's Resolutions? Let us know your tips for maintaining your resolutions! 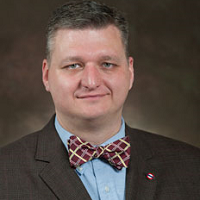 Dr. Smith teaches courses in American politics, constitutional law, and research methodology/data analysis at Cedarville University in Ohio. He has authored numerous refereed journal articles, book chapters, and other publications. His primary research interest is in the field of religion and American politics, and serves as the Director of the Center for Political Studies. Before joining the faculty at Cedarville, Dr. Smith taught at Tulane University and Calvin College.