Every Tuesday Ken and Deb are joined by a local Pastor or ministry leader with a timely devotional. This week our Station Manager Jason Crosby will get our morning started with a word from scripture that will both inspire and challenge us in our faith walk.

How many royal births have been celebrated with the composition of thousands of songs, over a hundred generations and from around the world? Jesus birth stands out as unique in the songs telling of His birth. Tuesday we will hear some of the stories behind the carols and hymns that we love at Christmas with guests David and Barbara Leeman. This couple has put together a special devotional that takes us through the Christmas season, looking at the heritage of faith through the songs that tell of our Savior’s birth.

Join us for our Mid-Morning Show Coffee Break as we talk about the things in our homes that we'd like to get rid of! 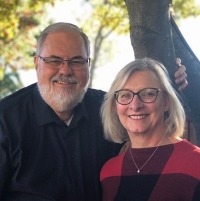 David and Barbara Leeman are both graduates of Biola University School of Music. David is a retired director of music and worship. Barbara recently retired from teaching elementary age music at a private Christian school in Dallas, Texas. The two cowrote and published Hosanna, Loud Hosannas, a student hymnal that is widely used in churches, Christian schools, and homes.