Join with Station Manager Jason Crosby Tuesday as he continues to walk us thru a study of Psalm 23. Today Jason will look at the journey that we will all take through the valley of the shadow of death and how the Shepherd's rod and staff brings comfort in that journey.

Catch up on the Mid-Morning Show Coffee Break

What type of M&M is your favorite? 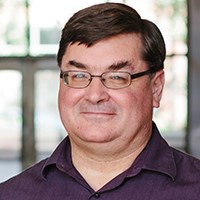 Brad Baurain is an associate professor at Moody Bible Institute and Moody Theological Seminary. He currently leads the TESOL programs at Moody Bible Institute in Chicago. He is the author of Religious Faith and Teacher Knowledge in English Language Teaching, co-editor of the International Journal of Christianity and English Language Teaching, and writes devotional studies for Moody's Today in the Word.