It’s a platform that was designed to bring us together, but sadly social media has also widened the divide among friends, family, and Christians. So how should Christians behave in this digital age? Is there a way to engage in healthy, life-giving dialogue online? Ken and Deb enter that conversation Thursday morning with Daniel Darling, who will offer insight as to how we can use our online conversations for good.

How familiar are Americans with the documents that make up the foundation of our Republic? Do the original writings give us a glimpse into what inspired and motivated them and should that make a difference today? Thursday we visit with David Barton from Wallbuilders about his quest to make history known and available to future generations and get a preview of his message this weekend as he comes to address the 26th Annual Quad Cities Prayer Breakfast.

Catch up on the Mid-Morning Show Coffee Break
Its Thankful Thursday and its Jim Henson's birthday, what is your favorite Jim Henson creation?

Daniel Darling is the Senior Vice President for Communications at NRB. For six years, he served as Vice President for Communications for the ERLC, an entity of the Southern Baptist Convention, America's largest Protestant denomination. Dan is a bestselling author of several books, including Teen People of the Bible, Crash Course, iFaith, Real, Activist Faith, The Original Jesus, The Dignity Revolution, The Characters of Christmas, and A Way With Words. 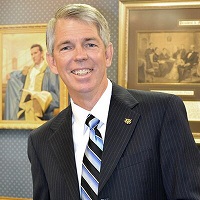 David Barton is the founder and president of WallBuilders, a national pro-family organization that presents America's forgotten history and heroes, with an emphasis on our moral, religious and constitutional heritage. He is the author of numerous best-selling books, and addresses more than 400 groups each year. David was named by Time Magazine as one of America's 25 most influential evangelicals, and he has received numerous national and international awards, including Who's Who in Education and DAR's highest award, the George Washington Honor Medal