Dave Runyon: The Art of Neighboring

What happens when churches work together to start a neighboring movement in their community? Friday we’ll find out as we visit with Dave Runyon. Dave will tell us more about the movement that began with one simple step for church goers to reach out to their literal neighbors. As we close out this week’s theme of being a good neighbor, be listening for this practical conversations on making a plan to put Jesus command into action. 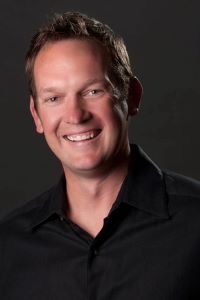 Dave Runyon is the co-founder and director of CityUnite, which helps government, business, and faith leaders unite around common causes. He also serves as a consultant for businesses that have a desire to make a difference in their communities. Previously, Dave served as a pastor for nine years at Foothills Community Church and The Next Level Church. In 2010 he launched a neighboring movement that mobilized over 70 churches and 40,000 people in the Denver Metro area. He graduated from Colorado State University, where he studied history and secondary education. He speaks locally and nationally encouraging leaders to work together for the good of their cities. Dave and his wife, Lauren, have four kids and do not plan to have any more. Contact Dave.