Hour 1: Jason Crosby: The Supremacy of Christ and COVID-19

How does recognizing the supremacy of Christ impact our view of the current pandemic? Does knowing that all things are created through Him and for Him transform how we think about COVID-19? Jason Crosby will take us to 1 Colossian 1 on Tuesday to reveal truths about Jesus that will bring us assurance and hope in the midst of turbulent times.

Camping out may be the last thing on your mind this week, but today’s guest is inviting you to consider The National Backyard Campout as a way to build memories and connections during this stressful season. Mark Hancock from Trail Life USA is encouraging Dads and sons to camp out in the backyard or inside this Friday and join virtually with other families via a live web broadcast complete with story readings and ideas for fun games, activities, and favorite camp food recipes. Be listening for ways that you can make this time at home a time of adventure! 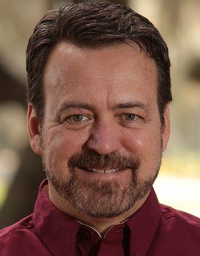 Mark Hancock began his career founding a national advertising agency and running it for fifteen years. His conversion to Christ led him into ministry as a Youth and College Pastor, Associate Pastor, Homeless Ministry Director and Global Event Director for an international ministry, organizing events on five continents. He holds two Masters Degrees in the Mental Health Counseling field, having spent a number of years in private practice, and has taught at secular and Christian colleges. An award-winning writer and conference speaker, he serves as Chief Executive Officer of Trail Life USA and lives near Greenville, SC with his wife of 27 years and two sons.