What does a follower of Jesus do and give? Station Manager Jason Crosby will take us deeper into a study of Matthew 6. He will share with us the 3 things we need to do as followers of Jesus and the role giving plays in a follower's life. Be listening for this important discussion that will help clarify how we are to put our faith into action.

Although evangelist Ray Comfort is known for his method of sharing the Gospel, he says it's not always what he wants to do and he still battles fear. Despite this he prays that he will love people enough to tell them the good news of salvation in Jesus Christ. Be listening Tuesday as Ray outlines some of the strategies he uses to engage in Gospel conversations and the life and death importance of do so.

Our culture may not value the wisdom of the elderly, but our guest today has a different story to share. Isabel Tom grew up living with her grandparents and has spent her career serving older adults. She is challenging our youth-obsessed society by showing us how to respect and honor the elderly and value the enrichment they bring to our lives. 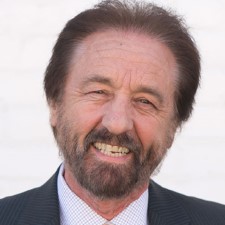 Ray is a New-Zealand-born Christian minister. He is the founder and CEO of Living Waters and a bestselling author of more than ninety books. He is also the producer of award-winning movies that have been viewed by millions.