Hour 1: Jason Crosby: Where is Your Faith

The Apostle John shares the account of a disabled man, waiting 38 years for his turn to be healed in the pool at Bethesda. It is not until the man comes face to face to Jesus that he is healed. Tuesday Station Manager Jason Crosby takes us to John 5 to teach us about the role of faith. Jason will show us that what you place your faith in, is going to change you. The question is not whether you have faith, but who you are trusting.

Would you be able to recognize if a young woman or man is being trafficked?  What are some of the warning signs? Are there different types of trafficking? What should you do if you suspect that someone is being trafficked? January is National Human Trafficking Awareness Month and we’re going to discuss some of these questions Tuesday’s with Michele Rickett from She is Safe. She is Safe raises awareness as and rescues and restores women and girls from abuse and slavery across the globe. 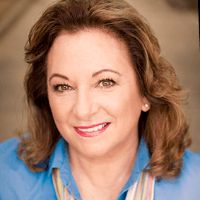 Michele Rickett is the founder and president of She Is Safe, a global ministry that works to prevent, rescue and restore women and girls from abuse and exploitation in high-risk places around the world. Michele is a published author and speaker and has led international outreach for over 20 years.