We live in a very confusing time when that which is right is often viewed as wrong and wrong is touted as virtuous.   Station Manager Jason Crosby looks to the book of Malachi to teach us that although it’s not easy, scripture shows us that it is always better to choose righteousness.  Join with us as we cut through the confusion with the Sword of the Spirit, which is the Word of God, on Tuesday’s teaching time on Ken and Deb in the Morning.

O.S. Hawkins says, “God could never have come to live in us had He not died for us and that would have never happened had He not come to be with us. “ Tuesday we delve deeper into what we truly celebrate with the incarnation as God demonstrates His love by pursuing us.  O.S. Hawkins will lead us in this view into Christ’s coming and our response as we seek to grow our passion for knowing and worshipping Jesus. 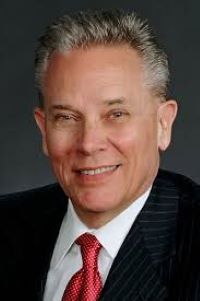 For more than 20 years, O. S. Hawkins served pastorates at the First Baptist Church in Fort Lauderdale, Florida, and in Dallas, Texas. He is president of GuideStone Financial Resources, which serves 250,000 pastors, church staff, missionaries, doctors, and other workers of various Christian organizations with their retirement needs. He is the author of more than 40 books, which have sold more than 1 million copies, including The Joshua Code and The Jesus Code, and preaches regularly at Bible conferences, evangelism conferences, and churches across the nation.