Christmas is only 40 days away! As we consider the birth of Jesus and all the prophecies that were fulfilled in His coming, Station Manager Jason Crosby will welcome Dr. Michael Rydelnik to the program to share about a new project that is an all in one resource on what the Old Testament says about the Messiah.  As we explore just some of those Messianic passages, you'll be amazed once again at God's masterful handiwork in preparing the way for Jesus.

How has God uniquely wired you to reach out? He may be calling you to do something new, something different. On Thursday morning Station Manager Jason Crosby and MBI Stewardship Representative Gerad Hall will talk with area business owner Jeremy Tatman about a new ministry opportunity that God has given to him. Be listening for this encouraging testimony and maybe you’ll be inspired to begin something new where God has placed you? 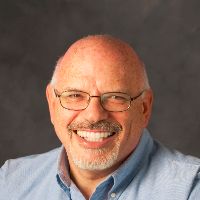