Today we honor those servicemen and women who have died in service to our nation for the cause of freedom. This morning Ken and Deb will share your words of appreciation for those brave women and men that serve. We’ll also hear from a soldier whose war began on foreign soil and followed him home. Former Army Ranger Steven Elliott will share his personal struggle with remorse, PTSD, depression and addiction that all stemmed from his experience in Afghanistan. His book, War Story, recounts his story of tragedy and struggle to ultimate renewal. 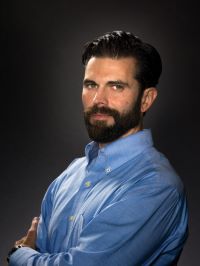 Steven Elliott was a member of the elite 75th Ranger Regiment and was deployed to the Afghanistan/Pakistan border. During an enemy ambush, he was one of four Rangers who mistook Pat Tillman's position for that of the enemy and fired there. Today his is the president of Capstone Trust in Washington State and has served as a volunteer veteran's court mentor. He advocates for change in how the unseen wounds of war are recognized and treated. He and his wife, Brook, have two daughters.