As you make plans for Valentine’s Day, who comes to mind as the person/people you desire to shower with cards, gifts, flowers and chocolate? Most likely it is a spouse or friend, but rarely would we think of lavishing our love on our enemies. Station Manager Jason Crosby will join us Tuesday to share a challenge from Jesus to have a love that distinguishes us from the way the world loves and extends all the way to our enemies.

What is your theology of marriage? Why is it important to know and uphold a Biblical view of marriage? Becky Byrd is one of the many contributors to a new resource that looks comprehensively into God’s design and purpose for marriage and how standing firm on what marriage is and is not is vital to the health of our community and nation. 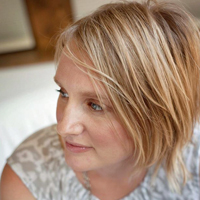 Becky earned her Masters Degree in Historical Theology from Wheaton Graduate School. She also received a certificate in Spiritual Direction from North Park Seminary and has her B.A. in Bible and Theology from Moody Bible Institute. Her ministry experience spans from youth ministry to small groups, discipleship and connection ministry. She currently works with Dr. John Trent at Moody Bible Institute. She also is learning to be an advocate for her kids with special needs and enjoys serving at her local church.   Becky has been married to her husband, Steve, for 19 years and has four children. In her spare time she enjoys connecting with people, reading, photography, writing and exploring the awesome city of Chicago