Hour 1: Millennials Between 25-34 May Be the Savviest With Their Cash - with Rob West

On Monday's Mornings with Eric and Brigitte, Rob West from Moody Radio's Faith and Finance joins us to talk about a surprising trend with young millenials in today's world. Younger millennials are the most likely to be careful with their cash—and the most likely to take action in their households to reduce monthly expenditures than the young adults in the Gen Z generation. According to a UK poll, 12 percent of those in the millenial group have worked from the office, even when they didn't have to, in order to save cash. They are also most willing to try new ways to save money in 2023, with 78 percent compared to just 49 percent of adults younger than them.

If we want to experience freedom from time anxiety, we have to reimagine our relationship with time itself. On Monday's Mornings with Eric and Brigitte, author, wife and mother, Jen Pollock Michel invites us to disentangle our priorities from our modern assumptions and instead ground them in God's time. Then she shows us how to establish 8 life-giving habits in her book, In Good Time: 8 Habits for Reimaging Productivity, Resisting Hurry, and Practicing Peace that will release us from the false religion of productivity so we can develop a grounded, healthy, life-giving relationship with the clock. 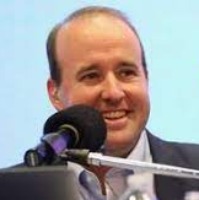 Rob West is the host of the nationally syndicated radio programs, Faith & Finance, Faith & Finance Live, and The Faith & Finance Minute. Rob also serves as the CEO and spokesperson of Kingdom Advisors, an international community of financial professionals who are specialists in delivering biblically wise financial advice. Rob has dedicated his professional career to work at the intersection of faith and finance having led a successful faith-based financial services firm and speaking frequently on the topic. Rob and his wife, Julie, live in Marietta, GA with their four children. Jen Pollock Michel is the award-winning author of Teach Us to Want, Keeping Place, Surprised by Paradox, and A Habit Called Faith. She holds a BA in French from Wheaton College and an MA in Literature from Northwestern University, and she is also a student in Seattle Pacific's MFA program. Jen is a wife and mother of five and hosts the Englewood Review of Books podcast.