Hour 1: Don’t Miss Your Life: The Secret to Significance - with Aaron Tredway

Nobody wants to look back on a disappointing, unfulfilled life. Tuesday's guest on Mornings with Eric and Brigitte, Aaron Tredway, reveals in his book, Don’t Miss Your Life: The Secret to Significance, we’re aimed at the wrong target: success. Despite our pursuit of something more, we are stuck chasing our idea of success instead of true significance. You were made for a meaningful, deeply fulfilling life, and you can achieve just that by living the life God created you to live.

Hour 2: Fighting the Sin Within - with Pastor Darren Bennett

On Tuesday's Mornings with Eric and Brigitte, Pastor Darren Bennett from Calvary Chapel North Miami joins us to talk about how we fight the sin within us, and that begins with recognizing how selfish we really are. We cannot fully live for Christ if we don't fully die to ourselves. However, we are living in a world that promotes the idea of making much of ourselves even at the expense of others, sometimes using others as a means to an end in an expendable way. Sin is defeated by GRACE, and Jesus was SELFLESS in offering us GRACE. We ought not to fall in love with us but with the Jesus in us! 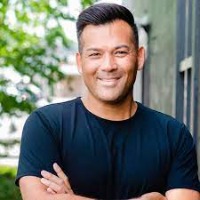 Aaron Tredway is a pastor, author, speaker, athlete, and coach. He is the lead pastor of Fellowship City Church and VP of Ambassadors Football International. He was the founder and ED of the Cleveland Stars, a professional soccer team, and is the author of Don’t Miss Your Life, To Who, and Outrageous. His passions for Jesus, soccer, and people have taken him to over 150 countries, and he once lived in a yurt in Outer Mongolia. Aaron and his wife, Ginny, and their son, Noah, live in Cleveland, Ohio. 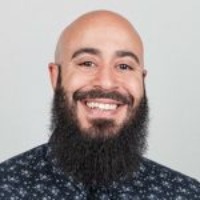 Pastor Darren Bennett has been part of the Calvary family since 2010. He and his wife Christine have five children, Destinee 23, Robert 21, Darionna 17, Darriale 15, and Jael 13. God called Darren and his family to plant a church in North Miami, and after much prayer and confirmation, the couple opened their hands and let God lead the way. Darren and his family reside in North Miami Dade so they understand the unique opportunity they have to infuse the message of the gospel to a very culturally diverse demographic.