How much time do you spend with God? Friday's guest on Mornings with Eric and Brigitte, R. York Moore, believes that "spending time with God is literally the number one way to live a life that overflows into love, joy, and peace. Join us to learn more about how you were created first to know God and be known by God in the new book by Gary Chapman and R. York Moore called, Seen. Known. Loved.: 5 Truths About God & Your Love Language.

This conversation is #1 in the top 5 interviews of 2022. On Friday's Mornings with Eric and Brigitte, Answers in Genesis astronomer, Danny R. Faulkner joins us to discuss July's big NASA reveal! The first images from NASA's James Webb Space telescope were released during the first two weeks of July during scheduled news conferences. What do these images tell us about the power and majesty of our God?

Every day in 2022, each of our 69 stations has presented the gospel clearly and passionately at least 10 times. That’s over 244,000 gospel presentations by year’s end. It’s impossible to count how many souls have come to Christ through this ministry. And we can do it because friends like you have embraced the truth that the gospel is for every person. Friday on Mornings with Eric and Brigitte, Dr. Mark Jobe, President of Moody Bible Institute shares some holiday reflections and ministry updates for our WRMB 89.3 listening family. 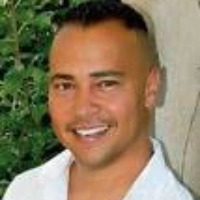 York Moore is an artistically gifted speaker, a revivalist, and abolitionist. He serves as the Executive Director-Catalytic Partnerships and as National Evangelist for InterVarsity Christian Fellowship USA. York helped found and is helping to lead the EveryCampus coalition, a bold seven-year national initiative incorporating over 40 organizations who have joined to see gospel movements and prayer on all 5,000+ campuses in America by 2025.  He is also the author of several books including Growing Your Faith by Giving it Away,Making all Things New: God’s Dream for Global Justice, and Do Something Beautiful. He lives on a farm in Michigan with his wife and three kids. 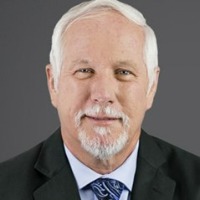 Dr. Danny Faulkner holds an MS in physics from Clemson University, an MA and a PhD in astronomy from Indiana University, and he taught at the University of South Carolina/Lancaster for over 26 years. Danny works as a researcher, author, and speaker for Answers in Genesis. He also hosts Ark Encounter trips down to Red River Gorge, and Stargazer’s Nights; he also hosts Astronomy Live programs, and “The Skies Proclaim His Handiwork” workshops at the Creation Museum. Danny and his wife, Lynette have been married since 1976. Lynette also serves as a volunteer for Answers in Genesis at the Creation Museum. They have one grown son.