In advance of the International Day of Prayer for the Persecuted Christian, The Voice of the Martyrs is releasing a short feature about a true-life story of a Nigerian woman, Rebecca, who watched helplessly with her daughter as Boko Haram militants killed her husband and son, and burned her home. On Thursday's Mornings with Eric and Brigitte, Todd Nettleton from Voice of the Martyrs joins us and hopes that Rebecca's story will inspire us to pray for Nigeria, as well as for our spiritual family members in other restricted and hostile nations.

Hour 2: Living Moment By Moment in the Love of God - with Ron Block

To become who we're meant to be requires a deeper experience of God Himself. On Thursday's Mornings with Eric and Brigitte, guitarist, vocalist, and songwriter, Ron Block joins us to talk about his new book, Abiding Dependence, that shares forty days of meditations--a deep plunge into the beauty and richness of the Gospels. The reader learns to live and breathe in the atmosphere of God's abiding love. Block stirs in Christians a hope not just for a future someday but for this day, this hour, this very moment. Join Jon on a soul strengthening forty days of Abiding Dependence! 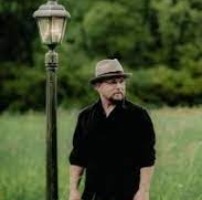 Ron Block has been banjoist guitarist, vocalist, and songwriter for Alison Krauss & Union Station since 1991. He wrote many of the band's gospel songs: "There is a Reason," "In the Palm of Your Hand," "Jesus, Help Me to Stand," and his playing has been featured on albums by Dolly Parton, Vince Gill, Reba McEntire, Randy Travis, Alan Jackson, Brad Paisley, Fernando Ortega, and others. He's received 14 Grammy Awards for his work with Alison Krauss, Vince Gill, and the O Brother, Where Are Thou soundtrack, and received a Dove Award for his song "A Living Prayer." He married Sandra in 1988 and they live in rural Tennessee. They have two grown children, Ethan and Erica.