On Tuesday's Mornings with Eric and Brigitte, Kari Kennedy from the Jesus Film Project joins us to talk about the film's release in 2000 languages all over the world! First released in 1979, the JESUS film gives an authentic portrayal of one of the most influential figures in human history. Currently, the JESUS film has been seen by more than 10 million people around the world and remains the only film to be dubbed into more than 2,000 languages. This movie has now been released in the language of "Zo", a language spoken by approximately 65,000 people globally. Myanmar, where Zo is mainly spoken, is a primarily Buddhist country, and people report experiencing discrimination for their religious beliefs.

Hour 2: Standing for Christ in a Collapsing Culture - with Dr. Erwin W. Lutzer

Dr. Erwin Lutzer joins Mornings with Eric and Brigitte on Tuesday to talk about his new book, No Reason to Hide: Standing for Christ in a Collapsing Culture. In No Reason to Hide, Dr. Lutzer examines the major points of conflict that divide culture and the church and illuminates how these issues reveal the deeply rooted hold of secularism on society. But even as the tsunami of secularism sweeps through culture, Christians are still called to courage. He tells believers, “Our task as Christians is nothing less than proclaiming God’s sovereignty over the sovereignty of the individual and a love for God rather than a love for self.” 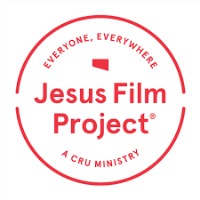 Jesus Film Project is a ministry of Cru®, an interdenominational Christian evangelism and discipleship ministry committed to giving people everywhere the opportunity to know and experience God's love and plan for their lives. Cru offers spiritual guidance, resources and programs tailored for people from all cultures in every walk of life. 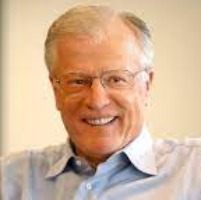 Dr. Erwin Lutzer is pastor emeritus of The Moody Church in Chicago, where he served as senior pastor from 1980-2016. A renowned theologian and prolific author, he is also the featured Bible teacher on The Moody Church Hour and Running to Win. He and his wife, Rebecca, live in the Chicago area.