On this Veteran's Day, we think about so many in this country who have sacrificed so much of their lives for our freedom. It's true that freedom isn't free. And it's our brave, patriotic veterans who risk everything in defense of our ideals, traditions and freedoms. On Friday's Mornings with Eric and Brigitte, veteran Rocky Armstrong tells his own personal story of what it was like to experience an honor flight and what a memorable time it was for him.

Honor Flight South Florida is a 100% all-volunteer organization, dedicated solely to honoring all veterans in Broward, Dade, and Monroe counties. The mission statement of Honor Flight South Florida is to transport America’s veterans to Washington, D.C. to visit those memorials dedicated to honor their service and sacrifices. On Friday's Mornings with Eric and Brigitte, Chairman/Founder, Mike Miskew joins us to talk about this very special mission organization that flies every one of their veterans absolutely free to Washington, D.C. to visit and reflect at the memorials built in their honor.

What image forms in your mind when you think of productivity? An assembly line? Spreadsheets? Business suits or workplace uniforms? In the ancient world, productivity didn’t conjure images like these. Instead, it referred to crop yield and fruit bearing. This imagery helps us understand productivity through a biblical lens. On Friday’s Mornings with Eric and Brigitte, author Reagan Rose joins us to share how the world says be productive so that you can get all you can out of this life. The Bible says be productive so you can gain more of the next life. In Redeeming Productivity, Reagan Rose explores how God’s glory is the purpose for which he planted us. 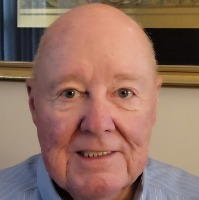 Raymond Armstrong is known to his friends as Rocky, and he was born near Philadelphia, PA. Rocky served his country for four years in the U.S. Air Force which included service in Vietnam in 1968 & 1969. He and the love of his life, Harriet, have been married for 55 years. Rocky worked in hospital financial management for over thirty years and spent another 15 years in prison management of youthful offenders. Rocky & Harriet are happily retired and enjoy a life of volunteerism. Mike has come to serve Honor Flight as he has served the general public for many years. First, Mike served as a volunteer firefighter with the City of Plantation, retiring in 2008. Then in 2011, after 33 years of dedicated service with the City of Sunrise Fire Rescue Department, Mike retired from active service. Mike was introduced to Honor Flight by his brother Steve, with his first flight in May of 2013 with Southeast Florida Honor Flight based out of Stuart, FL. Living in Plantation, Mike eagerly joined the new chapter of Honor Flight South Florida that was being formed in that region and assumed the roles of Guardian and Administrator. 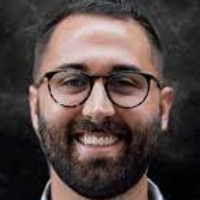 Reagan Rose is the founder of Redeeming Productivity, a media ministry focused on a biblical approach to personal productivity. Reagan has a Master of Divinity from The Master's Seminary and lives in Michigan with his wife, Kim, and their two children.