Hour 1: Food For the Poor Responding to Cholera Crisis in Haiti - with Ed Raine

Food For The Poor is providing lifesaving medical supplies to combat a growing number of cholera cases in Haiti. The waterborne illness has caused at least 35 deaths, with more than 600 suspected or confirmed cases in the area surrounding Port-au-Prince, according to the latest figures from the Pan American Health Organization. On Thursday's Mornings with Eric and Brigitte, President/CEO of FFTP, Ed Raine joins us to give an update on the dire situation in Haiti. “The country is basically locked down right now. There is nothing that is functioning as normal in Haiti right now. They’re frankly dealing with issues of life and death survival."

Hour 2: YFC-Introducing Students to the Person and Work of Jesus - with David Killian

For over 30 years, Youth for Christ has been consistently pursuing the students of Palm Beach County in the hopes of building healthy relationships and introducing them to the person and work of Jesus. YFC reaches young people everywhere, working together with the local church and other like-minded partners to raise up lifelong followers of Jesus. On Thursday's Mornings with Eric and Brigitte, Executive Director of YFC PBC joins us to talk about their mission of sharing the Gospel with lost kids and how it's more vital than ever that this outreach continues. 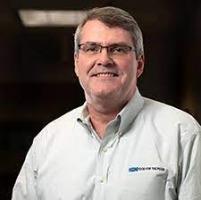 Ed Raine is President and Chief Executive Officer of Food For The Poor. He joined Food For The Poor in October 2017, and was appointed Executive Vice President in May 2018. Ed first saw the work of Food For The Poor on a mission trip to Haiti in 2009, and realized that he could align his passion to help organizations scale for growth with helping donors who care so passionately to help those less fortunate make a real difference in the world. He lives in Boca Raton with his wife, Mary, who was born and raised in Kingston, Jamaica. They have four adult children. 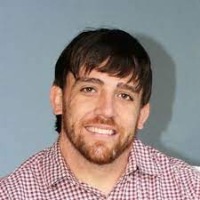 A graduate of Moody Bible Institute, David Killian has a passion to empower adults to share the gospel with students, developing lifelong followers of Jesus Christ in partnership with the local church. He joined YFC in 2011 and has a heart to challenge, serve, and encourage the staff as well as adult leaders to reach every student in Palm Beach County.  While striving to expand the reach of YFC in this county, he continues to lead a Campus Life Middle School club, enjoying the face to face interaction with youth. David is married to Lindsey and they have three children.