On Wednesday's Mornings with Eric and Brigitte, Livia Young, National Spokesperson for Operation Christmas Child joins us to share her personal story with us and encourage our listeners to pack a shoebox this Christmas season! Livia received a shoebox gift as a young girl living in a Romanian orphanage, and she vividly remembers the change that came into her life at 12 years old through receiving this simple gift. Operation Christmas Child uses a simple shoebox gift as an opportunity to share the love of Jesus Christ with a child who needs hope and joy!

At age ten, Peter Mutabazi ran away from home. For five years he survived on the streets of Kampala, Uganda, until one man saw potential in him. This man not only supported Peter through school but forever altered Peter's outlook in every possible way. Since then, Peter's story has been remarkable. He served as a relief coordinator during the Rwandan genocide, emigrated to the U.S., fostered countless children, and became a single adoptive parent. On Wednesday's Mornings with Eric and Brigitte, author, Peter Mutabazi joins us to share his journey from hopelessness to finding faith and coming full circle to rescue other vulnerable children. 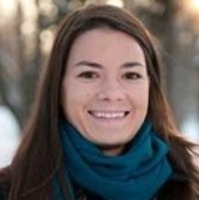 Livia Young vividly remembers the change that came into her life at 12 years old through a simple shoebox gift, so she is a natural choice for a national spokesperson for Operation Christmas Child. She received a pack of hair clips she had wanted for as long as she could remember and a friendship necklace. She shared the necklace with a volunteer and new friend, Connie Satterfield, who had traveled from the U.S. to Romania for a mission trip and handed Livia her shoebox gift. Five years later, Satterfield and her husband adopted Livia Young. In 2010, she traveled back to Romania to share the love of Jesus with children in Romanian orphanages and poor villages through a shoebox. 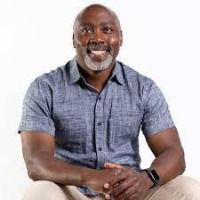 Peter Mutabazi is a single father of two and foster dad to many. He is a former street kid who grew up in Uganda, has worked for World Vision, Compassion International, and the Red Cross, and has appeared on media outlets such as the BBC and The TODAY Show. A passionate and popular speaker, he currently lives in Charlotte, North Carolina.