On Thursday's Mornings with Eric and Brigitte, Mike Donehey, former leader of the Christian band, Tenth Avenue North, talks about how we need to continue to seek God first and focus on serving Him, so we can live daily in His will. Mike has a podcast, Chasing the Beauty, that looks for the joy of God in the places we didn't think it could be, and he has a new book coming out in January, 2023, called Grace in the Gray. Also, his acclaimed solo album, Flourish is just the beginning of the flow of new music coming our way. Mike will be performing at the 4KIDS of South Florida 25th Anniversary Benefit Concert in November.

On Wednesday's Mornings with Eric and Brigitte, President, Kevin Enders, and VP of Community Engagement for 4KIDS of South Florida, Tom Lukasik join us to talk about their upcoming 25th Anniversary Benefit Concert to be held on Friday, November 11 at 6 p.m. at Calvary Chapel Fort Lauderdale. They will be celebrating 25 years of service and the 30,000+ lives that have been changed through the 4KIDS vision of A Home For Every Child. There will be musical performances by Mike Donehey of Tenth Avenue North and Austin French. The proceeds from the evening will allow 4KIDS to reach countless more lives for generations to come! 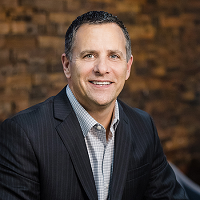 Kevin Enders is a foster and adoptive father through 4KIDS and has been involved with 4KIDS since 2007. He joined the 4KIDS team as President in 2017 and is committed to using his passion and drive for the 4KIDS mission, and has a deep personal love and compassion for the forgotten children. 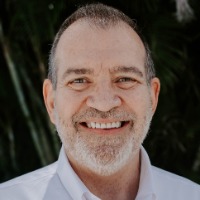 Tom Lukasik has served in various roles throughout 4KIDS since 1999. He and his wife Linda have fostered more than 50 children and continue to be involved in the foster care community throughout South Florida. As Vice President of Community Engagement, Tom is able to propel local churches and organizations to become advocates for foster care in their neighborhoods. 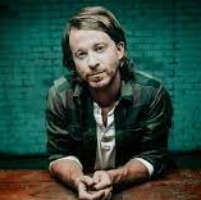 Mike Donehey has seen his fair share of the unexpected. Following a potentially fatal car crash as a teen, Mike learned to play the guitar while still in bed recovering from his injuries. Tenth Avenue North, became one of the most loved and successful artists in Christian music. Beginning with their acclaimed national debut, Over and Underneath, Tenth Avenue North’s audience multiplied with each new album and hit song. At the beginning of 2020, despite widespread notoriety and a devout following, Tenth Avenue North’s members began to sense they each had their own unexpected and unique roads to follow. Mike has a podcast, Chasing the Beauty, that looks for the joy of God in the places we didn't think it could be, and he has a new book coming out in January, 2023, called Grace in the Gray. Also, his acclaimed solo album, Flourish is just the beginning of the flow of new music coming our way.