On Tuesday's Mornings with Eric and Brigitte, co-host Eric Johnson will be live from The Gathering of Men's Fall Outreach Breakfast at the Hilton Airport Palm Beach in West Palm Beach, beginning at 7 a.m. Men attending the breakfast will hear guest speaker, Billy Thompson, who is an NCAA Champ, 2X NBA Champ, and 2X Israel Champ. Billy is a born-again Christian and is the pastor of Jesus People Proclaim International Church. He and his wife of 30+ years, Cynthia have five children and seven grandchildren, as well as one great-grandchild. The Gathering of Men has been "Developing Men into Maturing, Reproducing Disciples Since 1989".

On Tuesday's Mornings with Eric and Brigitte, Christian singer and songwriter, David Phelps joins us to talk about his upcoming concert on Friday, October 28 at 7:30 p.m. as part of the Coral Ridge Concert Series anniversary lineup.  For more than 15 years, David served as a member of the popular and prestigious Gaither Vocal Band, and during that time received numerous Dove Awards, Grammy Awards, and multiple platinum-selling recording projects. His seemingly endless vocal range, which extends more than three octaves, coupled with his gift for communicating a song, has brought the house down in the world’s most prestigious venues.

The Gathering of Men 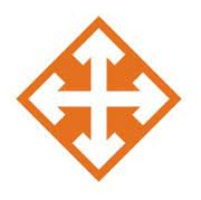 The Gathering of Men

The Gathering exists to engage men to be fully alive in the marketplace and beyond. The strategy of The Gathering of Men is to engage men through Community (Life Together), Teaching (Exploring Life), Discipleship (Reproducing Life), Service (Life-giving Service), and Outreach (Invitations to Life). Their core values are to: Operate on Christian Principles Based on God's Word, Demonstrate Integrity and Christ-centered living, Model Encouragement, Provide a Safe and Confidential Environment, Love and be Loved, and Honor God in Everything. 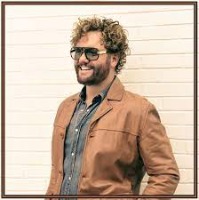 Growing up in a musical family, David Phelp's natural gift for song was evident when he was very young. At the age of 18, while earning his degree in vocal performance from Baylor University, David began what would be a life-long passion of traveling around the world to share music, inspiration and good news.  While studying music at Baylor, David met Lori Purtle, who has been his wife and rock-solid partner in his career for more than two decades. For more than 15 years, David served as a member of the popular and prestigious Gaither Vocal Band, and during that time received numerous Dove Awards, Grammy Awards, and multiple platinum-selling recording projects.The couple has four great kids – Callie, Maggie Beth, Grant and Coby – and the Phelps family resides on their farm outside Nashville, Tennessee.