Hour 1: Celebrating the Dignity of Birthmoms - with Paul Batura

In a Post-Roe era, it is important to emphasize and celebrate the dignity of birthmothers and adoption, because their sacrificial decisions will help shape the next generation--and beyond. After all, if we want women to choose life, they need to be affirmed in the nobility of their decision to make adoption plans. On Friday's Mornings with Eric and Brigitte, Paul Batura, FOTF's VP of Communication talks about how the impact of adoption affects not just the child, but so many more lives as well. Paul, an adoptive parent to three boys himself and author of Chosen for Greatness: How Adoption Changes the World, tells how he has seen God's redemption through his own story as an adoptive parent.

On Friday's Mornings with Eric and Brigitte, producer, Rick Eldridge joins us to share details about an upcoming film that shines the light on local heroes that run to danger and struggle with PTSD and other issues on a daily basis. The movie, First Responders, a two-night-only event, October 24 and 25, shares a message of hope and healing, but also gives a very honest look at the battles of these firefighters, police, and EMTs as they face these life-changing challenges. 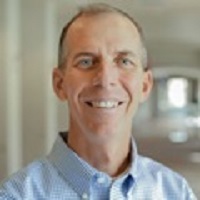 Paul Batura is vice president of communications for Focus on the Family. In his role, Batura is responsible for media and guest relations. With more than two decades of diverse experience in the news media, broadcast journalism, publishing, and non-profit administration, Batura has been with Focus on the Family since 1998. Batura and his wife, Julie, had the privilege of adopting their three young boys, Riley, Will and Alex. They join countless other families in celebrating the courageous decision of birthmothers and birthfathers who choose life. 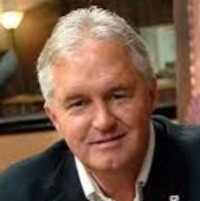 With more than 35 years in the entertainment business as a musician, producer, director, and entrepreneur, Rick Eldridge makes projects happen. Whether sports programming, live production, animated series, or feature films, Rick has been involved in every facet of creative development and production management. He is a graduate of Brevard College with advanced studies at the UNC Charlotte and Full Sail School of Recording Arts. He serves on several charitable, civic, and college/university boards. In addition to The Mulligan, his creative projects include: The Ultimate Gift, Bobby Jones: Stroke of Genius, Hermie & Friends, Gigi, Running the Sahara, Never Again, and When We Last Spoke.