Hour 1: Freshening Up Your Bible Study - with Dr. James Coakley

On Wednesday's Mornings with Eric and Brigitte, MBI Bible Professor, Dr. James Coakley joins us to talk about Word Play as another way of "Freshening Up Our Bible Study". A good wordplay catches the eye and often communicates an effective message with wit and humor. Puns are also favorite devices for communicating ideas with wit and humor. Remember: “You can tune a guitar, but you can’t tuna fish. Unless you play bass.” The challenge is that biblical authors incorporate word play in Hebrew or Greek and it is not always easy to detect in our Bibles.

Hour 2: Pathways to Connecting in an Age of Isolation and Incivility - with Heather Holleman

Loneliness is becoming an epidemic. Conversation is getting harder, and we're feeling more isolated. On Wednesday's Mornings with Eric and Brigitte, Heather Holleman, associate teaching professor at Penn State joins us to talk about her new book, The Six Conversations: Pathways to Connecting in an Age of Isolation and Incivility where she reimagines having better conversations and more meaningful connections with people. Heather shows us how to embrace the Four Mindsets of a Loving Conversation and the Three Fresh Goals for Conversation. 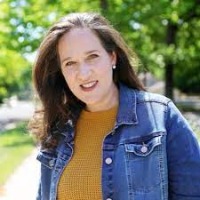 Dr. Heather Holleman is an associate teaching professor at Penn State, speaker, and author. She designs advanced writing curriculum for the English department and loves helping students thrive professionally. She has written eight books, including the bestseller Seated With Christ: Living Freely in a Culture of Comparison; and an award-winning book on evangelism (co-written with her husband Ashley Holleman) called Sent: Living a Life that Invites Others to Jesus.  She has two daughters and three cats, and she blogs daily at www.HeatherHolleman.com.