Hour 1: How to Reconnect Once a Marriage Grows Distant - with Greg Smalley

Being present in your home can truly make or break a marriage. When life gets busy, couples tend to prioritize everything but each other - jobs, kids, household responsibilities. Before they know it, their relationship has grown distant and cold. The truth is, spending intentional time together shouldn't be another chore. It's showing up--even when it's hard -- to say, "You matter, our marriage matters." On Friday's Mornings with Eric and Brigitte, Greg Smalley Focu on the Family VP of Marriage joins us to talk about why presence is so important in marriages and shares some advice on what couples can do to reconnect after the distance between them has already grown.

A Halloween alternative for kids! Dress up as part of God’s Creation or a Biblical Character and have fun celebrating God as our Creator. There will be candy, games, cookies, costumes, etc. Free Admission, but registration is required. On Friday's Mornings with Eric and Brigitte, Tom DeRosa, Executive Director and Founder of CSI joins us to tell us more about this exciting event at Creation Studies Institute on October 28 from 6-8 p.m.!

On Friday's Mornings with Eric and Brigitte, Nick Logan, Executive Producer of the soon to be released new movie, Paul's Promise, joins us to talk about a difficult time in history and what one man did to change lives for good. Set in the peak of the 1960s Civil Rights movement, Paul's Promise is the inspiring true story of Paul Holderfield, former racist firefighter-turned-pastor who started one of the first integrated churches in the American South. It’s one man’s journey to hope and healing during a troubled time in our Nation’s history that resulted in one man’s decision to serve God and stand up to injustice - a story that continues to make a huge impact on the community to this day. 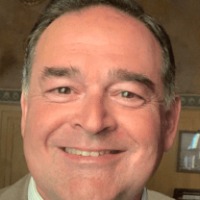 Nick Logan is a producer, actor, and founder of Salt Shaker Media, LLC. Nick started Salt Shaker Media with a commitment to fund and create films that (1) promote Christians and the importance of a Christ centered walk, (2) support biblical standards, and (3) demonstrate the gospel of Jesus Christ and His finished work on the cross alone for one’s salvation.  He has produced several projects recently, including Paul’s Promise (Executive Producer – 2022), Divided Hearts of America (Documentary - Co-Executive Producer-2020), and This is The Year (Associate Producer – 2021). 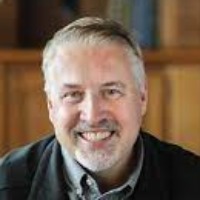 Dr. Greg Smalley serves as the vice president of Marriage and Family Formation at Focus on the Family. In this role, he develops and oversees initiatives that prepare individuals for marriage, strengthen and nurture existing marriages and help couples in marital crises.