Queen Elizabeth II, whose 70-year reign spanned wars, a pandemic, 14 U.S. presidents and the winding down of Britain’s vast empire, has died at 96 years old and will be honored at her state funeral today, Monday, September 19, 2022. Her eldest son, Charles, is now king of the United Kingdom and its Commonwealth realms. On Monday's Mornings with Eric and Brigitte, Glen Duerr, Associate Professor of International Studies from Cedarville University joins us to talk about this event and the gathering of leaders from all over the world who will pay tribute to this Queen who had such a historic reign.

In this world that we live in, all of us seem to want control--control of our personal lives and certainly control over our finances. But in today's financial update, we're going to see that even if we are always looking for control, that may not be possible, and that's okay, because God's in control. On Monday's Mornings with Eric and Brigitte, financial expert Glenn Zimmerman joins us to share some tips on how to navigate the economy in these uncertain times, and to help us realize that sometimes we just don't know what's going to happen. 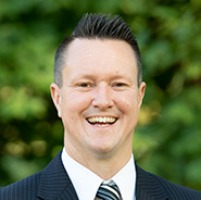