Hour 1: Freshening Up Your Bible Study - with Dr. James Coakley

In film and television, a common stock element is to pair two characters who are completely opposite of each other. Viewers are drawn to these presentations because the difference between them are so stark. Sometimes the opposite characters serve as foils. Biblical authors do the equivalent by placing characters close together (not always physically intersecting) so that you the reader see the major differences between them and then draw valuable insights. On Wednesday's Mornings with Eric and Brigitte, MBI Professor, Dr. James Coakley joins us to offer "Polar Opposites" as yet another way of freshening up our bible study.

Hour 2: Living in the Unshakable Victory of Christ - with Judy Dunagan

Do you often feel stuck battling the same fears, temptations, lies, and doubts, wondering if you’ll ever overcome them? Does it seem as if you’re in that battle alone? On Wednesday's Mornings with Eric and Brigitte, author, Judy Dunagan joins us and has been there. In her new book, The Loudest Roar, you’ll marvel at the power, majesty, and authority of our Lord Jesus and learn how to stand in the unshakable victory He’s already won for you. 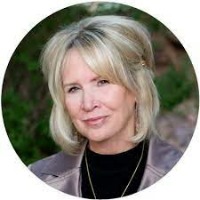 Judy Dunagan is an acquisitions editor for the women's Bible studies and books at Moody Publishers. A wonder seeker of God and His Word, Judy is passionate about discipleship and making God's Word and prayer come alive in everyday life. She is a speaker and Bible teacher and serves on the Board of Deeper Walk International, the ministry her father Mark I. Bubeck founded. Judy and her husband Rick live in Colorado.