Hour 1: Predicting Jesus: a 6-Week Study of the Messianic Prophecies of Isaiah - with Kim Erickson

On Wednesday's Mornings with Eric and Brigitte, author and Bible teacher, Kim Erickson joins us to tell us how deeply personal this teaching and study was and how it transformed her life after her young son's death. "Reading so many words that actually came true, some hundreds of years later, confirmed the character of God for me. I let go of human logic. I let go of the paralysis of analysis. The focus of this study—Isaiah's prophecies regarding Christ—reveal so much about God: His power, His nature, His plans. We can trust Him to do what He says He is going to do.

Hour 2: Grandparents Day - How are You Investing in the Lives of Your Grandchildren? - with David Wheeler 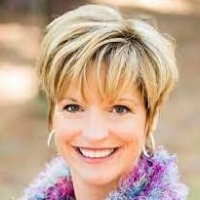 Kim Erickson began following Christ after the death of her three-year-old son in 2008. She developed a deep, abiding love for the Word of God and began a writing and speaking ministry. She is the author of His Last Words: What Jesus Taught and Prayed in His Final Hours and Surviving Sorrow, as well as a contributor to Hopelifter: Creative Ways to Spread Hope When Life Hurts. Kim is an attorney and practices immigration law. She lives in Florida with her husband, Devin, and son, Ethan. David Wheeler was raised in parsonages in Tennessee, Illinois, and Ohio. David served in located ministries for 24 years as youth minister and senior minister. David moved to Knoxville (TN) to become the Campus Minister and a professor in the School of Congregational Ministry at Johnson University. He retired in 2021. He now travels widely presenting the “Grandparenting Matters” seminar (along with his wife, Cathy) on behalf of the Legacy Coalition. David is ridiculously in love with Cathy, his wife of 49 years. Now that their two daughters have “flown the coop”, this cozy couple rejoices in the blessing of being intentional Christian grandparents to three granddaughters and two grandsons.