On Friday's Mornings with Eric and Brigitte, master storyteller and author, Jerry B. Jenkins joins us to talk about Book 2 in the Dead Sea Chronicles Series, Dead Sea Conspiracy. From the Prelude, which covers Dead Sea Rising to the Postlude, which readers will not want to miss, Jerry Jenkins shares his amazing ability in Dead Sea Conspiracy to entertain, educate, and challenge through the power of story.

On Friday's Mornings with Eric and Brigitte, filmmaker Rick Eldridge joins us to talk about the release to home entertainment of the movie, The Mulligan. The Mulligan Movie is a powerful story of faith, family, and forgiveness. Paul McAllister seems to have it all as a successful businessman, but his life starts to fall apart. Guided by the wisdom and advice of an old golf pro, Paul learns about playing a good game, both on and off of the course. Based on the popular book, The Mulligan is an inspiring reminder that second chances are only one shot away. 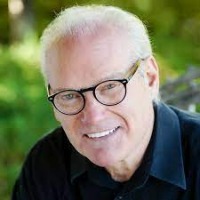 Jerry B. Jenkins‘ books have sold more than seventy million copies. Twenty-one of his titles have reached the New York Times, USA Today, Publishers Weekly, and Wall Street Journal bestseller lists. The phenomenally bestselling Left Behind series inspired a movie starring Nicolas Cage. Jenkins has been featured on the cover of Newsweek and his writing has appeared in Time, Reader’s Digest, Guideposts, and dozens of other periodicals. Jenkins owns the Jerry Jenkins Writers Guild, coaching thousands of aspiring writers in both fiction and nonfiction. He and his wife, Dianna, have three grown sons and live in Colorado.

With more than 35 years in the entertainment business as a musician, producer, director, and entrepreneur, Rick Eldridge makes projects happen. Whether sports programming, live production, animated series, or feature films, Rick has been involved in every facet of creative development and production management. He is a graduate of Brevard College with advanced studies at the UNC Charlotte and Full Sail School of Recording Arts. He serves on several charitable, civic, and college/university boards. In addition to THE MULLIGAN, his creative projects include: THE ULTIMATE GIFT, BOBBY JONES: STROKE OF GENIUS, HERMIE & FRIENDS, GIGI, RUNNING THE SAHARA, NEVER AGAIN, and WHEN WE LAST SPOKE.