Todd Nettleton from Voice of the Martyrs joins Mornings with Eric and Brigitte on Thursday to give us some details on what has been happening in Afganistan since the Taliban took control last year. Also Todd will share an update on the Persecuted Church. The Voice of the Martyrs (VOM) is a nonprofit, interdenominational missions organization that serves persecuted Christians around the world.

Hour 2: The Story of Joshua And Jericho - with Pastor Casey Cleveland of the Avenue Church

On Thursday's Mornings with Eric and Brigitte, Lead Pastor of the Avenue Church in Delray Beach, Casey Cleveland joins us to share the amazing battle of Jericho, a test of the Israelite's faith and their willingness to follow God completely. God told Joshua that Jericho was already delivered into His hands--the enemy was already defeated!  This is the same God we serve. 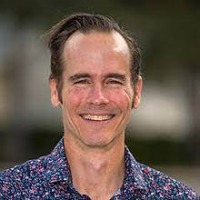 Casey Cleveland is the Lead Pastor of the Avenue Church in Delray Beach, Florida. "The Avenue Church was planted in 2010…and I grow increasingly aware of my desperate need for Jesus…while preaching a gospel I love but struggle to believe in the everyday occurrences of life…and somehow God keeps allowing me to fall more in love with him in the midst of anxiousness, selfishness, and weakness…and through this I am thankful, that my greatest delight has become the person of God …and so the story, rescue, and renewal continues…And he who was seated on the throne said, 'Behold, I am making all things new.'"