How would we respond as believers if our church were suddenly forced to relocate to another country? This isn't a question most American believers will ask themselves, but it is the reality for hundreds of thousands of believers in Ukraine. Don Parsons, director of Mission Eurasia's Unreached People Groups Initiative joins us to talk about the rebuilding of the Ukrainian Church. Please pray for an end to the ongoing conflict in Ukraine so that this hurting nation can start to rebuild. Pray for unity within the Ukrainian church so that Christians can bring peace and reconciliation to as many of their hurting neighbors as possible.

Hour 2: Back to School Encouragement - with Pastor Daryl Jones

On Tuesday's Mornings with Eric and Brigitte, Pastor Daryl Jones joins us to share some Back to School encouragement for kids of all ages! Also, on Thursday, August 11 at 4:30 p.m. at Grace Church in Pompany Beach, Pastor Daryl will be the featured speaker at the Night of Champions, a free outreach event, sponsored by the Fellowship of Christian athletes.

Hour 3: Strong in battle: Why the Humble Will Prevail

Your battle is real, but Jesus has won the war. What you believe determines how well you'll fight. Your understanding of who God is and who you are in His Kingdom makes all the difference when the enemy attacks, whether he's coming after your health, your finances, your relationships, or anything else. On Tuesday's Mornings with Eric and Brigitte, Susie Larson tells us that the battle strategies in her new book, Strong in Battle will help you arise victorious with a stronger sense of who you are and what you possess through Jesus Christ. 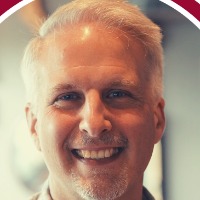 Don Parsons is serving as Ministry Director for the Unreached People Groups Initiative to mobilize, inspire and equip the next generation of leaders in Eurasia to take the Gospel to the unreached in Eurasia and beyond. Don Parsons has served in cross cultural missions for over 25 years. While with SEND International and before joining Mission Eurasia, Don and his family lived in Kyiv, Ukraine, working as church planters and mission mobilizers, equipping and sending Ukrainians across borders to disciple the nations. 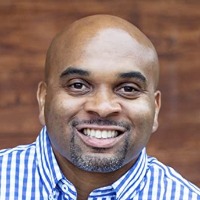 Daryl Jones is the Founder and President of Point Ministries, an international ministry dedicated to equipping disciples of Jesus Christ to impact the world. He also serves as the Founder and Lead Pastor of The Rock Fellowship Church in Miami, Florida. Daryl and his wife, Kamica, have seven children, four daughters and three sons. 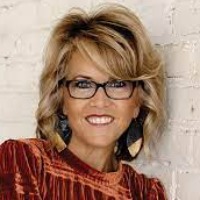 Susie Larson is abestselling author, national speaker, and host of the popular radio show Susie Larson Live. Whether behind a desk or behind a mic, Susie lives out her passion to see people everywhere awakened to the depth of God’s love, the value of their soul, and the height of their calling in Christ Jesus. She and her husband, Kevin, have been married since 1985. Together they have three wonderful sons, three beautiful daughters-in-law, a growing bunch of delightful grandchildren, and one adorable pit bull named Memphis. When they’re not traveling, Susie and Kevin enjoy biking the trails and recharging by the lake near their home in Minneapolis, Minnesota.