Bill Gaither's legacy has shaped the Christian music industry for decades, as he has written more than 700 songs with his wife, Gloria and has won eight Grammy awards and more than two dozen Dove awards. On Friday's Mornings with Eric and Brigitte, Bill Gaither joins us and opens up about his life's journey in an intimate conversation regarding his career, impact, and legacy in Gaither: A Legacy in Music airing on TBN on Friday, June 24 at 8 p.m. ET.

Gaither: A Legacy of Music

Hour 2: Save the Storks' Mission: A Story of Hope and Empowerment

On Friday's Mornings with Eric and Brigitte, Christian artist, Matt Hammitt will join us to talk about the sanctity of life and an organization where he serves as Mission Ambassador called "Save the Storks". Save the Storks' mission is to create a story of hope and empowerment for every woman in an unplanned pregnancy. Save the Storks has captured the imagination of millions with its innovative Mobile Medical Units, known as the "Stork Bus". Today there are more than 65 Stork Buses on the the road in 27 states. 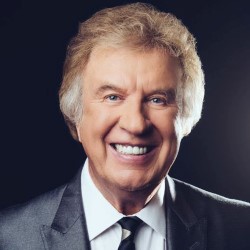 William J. Gaither is an American singer and songwriter of Southern gospel and Contemporary Christian music. He has written numerous popular Christian songs with his wife Gloria; he is also known for performing as part of the Bill Gaither Trio and the Gaither Vocal Band (GVB). 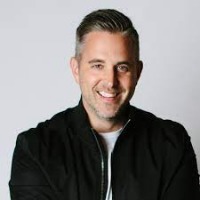 Matt Hammitt is an American singer, songwriter and author. Matt was the lead singer and songwriter for the band Sanctus Real from 1996-2016. An Ohio native, Matt now lives in Nashville with his wife, Sarah, along with their four children. Passion for family is what led him to step away from Sanctus Real in 2016, to spend more time at home. Matt details this difficult transition in his new book from titled “Lead Me: Finding Courage to Fight for Your Marriage, Children, and Faith.” Matt is also Mission Ambassador for Save the Storks', a non-profit mission that began in 2012 to create a story of hope and empowerment for every woman in an unplanned pregnancy.