A gunman wearing military-style clothing and body armor opened fire with a rifle at a supermarket in Buffalo, N.Y. this past Saturday afternoon, killing ten people.The alleged gunman, who livestreamed the attack online, was arraigned on a first-degree murder charge hours after he was taken into custody, law enforcement officials said. On Thursday's Mornings with Eric and Brigitte, Pastor Edward Jackson, Jr. joins us to talk about their Church's response to the recent tragedy.

On Thursday's Mornings with Eric and Brigitte, Moody Radio Cleveland's Brian Dahlen joins us to share a little about his journey with The Grandfather Effect. The Grandfather Effect is a gripping new storytelling podcast that follows Dahlen’s family and their rocky road from relational brokenness to reconciliation. The seven-episode series takes you on an emotional journey into their secrets, faith, sins, and attempts at forgiveness.

Hour 3: Restored: Transforming the Sting of Your Past into Purpose for Today

Imagine a world in which every person's pain makes them better not bitter, kind rather than angry, and selfless instead of greedy and insecure. There is messiness in each of our stories, but we can use that mess intentionally to craft a life that points to God and proclaims his glory. On Thursday's Mornings with Eric and Brigitte, speaker and author, Chris Brown joins us to talk about his new book, Restored: Transforming the Sting of Your Past into Purpose for Today and to point out that no matter how messy it was, our past is a gift because it paves the way for us to develop the unique Christ-honoring message the world needs us to share. 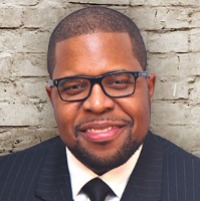 Pastor Edward Jackson, Jr. is a 2008 graduate of Northern Baptist Theological Seminary, where he earned a Master of Divinity Degree. Most recently he became a 2013 graduate of the University of Rochester School of Medicine & Dentistry, obtaining a Master of Science degree in Marriage and Family Therapy. On June 13, 1999, Pastor Jackson has had the privilege to preach in various cities across the United States, on the continent of Africa, in the country of Kenya, and to be an Instructor for the National Baptist Congress of Christian Education. However, what means most to Pastor Jackson are the relationships that have been healed by the preaching and teachings of the word of God. 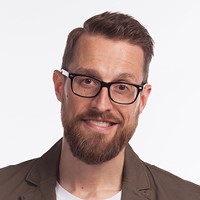 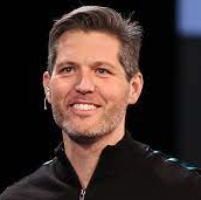 Chris Brown is a highly sought-after pastor, speaker, radio personality, and church leadership expert with more than twenty years of ministry and financial experience. He worked alongside Dave Ramsey for years, and He has served as a campus pastor at Elevation Church and executive pastor at Potential Church. In 2021, Chris and his wife, Holly, launched a church called The Well in Columbia, Tennessee. Chris and Holly traded in city life for farm life in Columbia, Tennessee, with their three children.