A healthy, happy marriage is built day by day through the specific, small actions that show our love. The good news is that anyone can learn the habits that create a gratifying marriage! On Wednesday's Mornings with Eric and Brigitte, pastor and marriage counselor, Dr. Randy Schroeder joins us to help us talk about habits that guard our relationship and keep the bond of peace.  Backed by over thirty years of experience, he shares in his book, Habits For Marital Happiness, some tools that give all the precise, practical answers necessary for achieving a satisfying relationship.

On Wednesday's Mornings with Eric and Brigitte, Beau Heyman, Executive Director of First Care Women's Clinic joins us to discuss the leak of the initial draft of the Supreme Court opinion written by Justice Alito regarding the landmark Roe vs. Wade decision. Although the official announcment has not been made regarding this decision, after this article was published, Chief Justice John Roberts confirmed the authenticity of the draft opinion and said he was ordering an investigation into the disclosure. 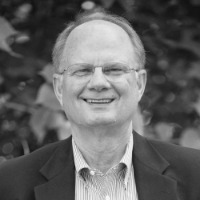 Randy Schroeder’s purpose in life is to live with a thankful heart each day by living for his Savior Jesus, by appreciating family and friends through words and actions, by helping everyone he meets feel like they are worthwhile, valued individuals, and by enhancing the lives of others through my writing, counseling, speaking, and teaching. Randy has a B.S., Master of Education in Administration, M.Div. and Ph.D. in Marriage and Family Therapy. He has been married to his wife, Ginny over 45 years and have two married sons and six grandchildren. He has a successful counseling practice in Carmel, Indiana.