Hour 1: Mission Eurasia's Response to the War in Ukraine

On February 24, 2022, Russia invaded Ukraine for the second time since 2014, and launched a brutal, unprovoked assault on the country. Since then, Russian forces have advanced on major cities and other locations throughout the country, destroying buildings, infrastructure, and thousands of innocent lives. On Tuesday's Mornings with Eric and Brigitte, Sergey Rakhuba, President of Mission Eurasia joins us to give an update on how their organization is working through the Ukraine Emergency Relief Fund with national churches in Ukraine, Moldova, and Poland to provide food, medical assistance, housing, and spiritual care for the victims of the war in Ukraine.

Ryan J. Cook, MBI Associate Professor of Bible joins Mornings with Eric and Brigitte on Tuesday to introduce May's Today in the Word devotional study on the book of Psalms. Dr. Cook tells us that in Book 5 (Psalms 107-150), "the whole gamut of human experience is brought before God in prayer". He wrote this devotional study hoping that it would help us to "grow in our ability to relate to God in joy and sorrow, express gratitude to God based on His mighty acts of salvation, and long for Christ's return when we will be in His presence forever".

Today in the Word - May

On Tuesday's Mornings with Eric and Brigitte, Chuck Bentley, CEO of Crown Financial Ministries, shares that listeners have been contacting him, seriously worried about their finances. They mention that they are struggling to keep up, even with two incomes, and they need God's intervention! He suggests that even though there are practical steps to take to reduce expenses, he has found fasting to be a way to stop looking at things of this world in order to focus more fully on the Lord.Whether seeking His will in financial decisions or dealing with financial pain, fasting should be considered. Turn to Him. Only He can satisfy your deepest longings. 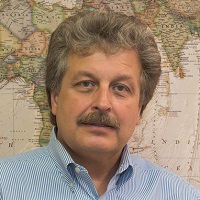 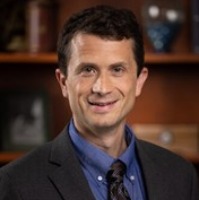 Dr. Ryan Cook has taught at Moody Bible Institute since 2012. He holds degrees from MBI, Grand Rapids Theological Seminary, and Asbury Theological Seminary. Before joining Moody's faculty, Ryan served as a pastor in Michigan for seven years. He lives with his wife, Ashley, and their three children in Northwest Indiana. 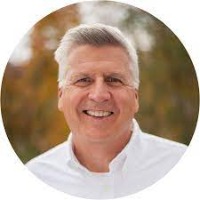