On Friday's Mornings with Eric and Brigitte, conference speaker, writer and comedian, Christine Sneeringer joins us to talk about an upcoming "Comedy Night Out to Support Living Water Counseling" at Lighthouse Christian Fellowship in Tamarac. A gifted communicator, Christine has been speaking on stages across the States for over two decades, most often sharing her dramatic story of overcoming abuse and brokenness. Even during seminars and messages with very serious content, she always includes her unique spin. The way she tells stories and is able to laugh at herself makes everyone comfortable.

Hour 2: Will the Metaverse End the Megachurch?

When the World Health Organization declared COVID-19 a pandemic in March 2020, data from Lifeway Research suggested that many churches were not prepared to take their services online. However, a lot has changed over the past two years, and most churches are offering services online and posting all their messages on their websites. While many churches are dealing with the basics of the constantly changing wave of online technologies affecting the way people live, major tech companies and a minority of churches are getting ready for the future of the internet--what some are calling the metaverse.

Will the Metaverse End the Megachurch? 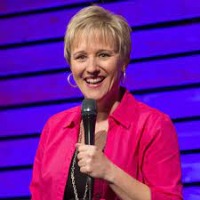 Christine Sneeringer has been speaking for over two decades, most often sharing her dramatic story of overcoming abuse and brokenness. Even during seminars and messages with very serious content, she always includes her unique spin. The way she tells stories and is able to laugh at herself makes everyone comfortable. When she's not making people laugh with her own unique brand of humor or helping facilitate breakthrough in others, in her free time she enjoys tennis, cooking, sunsets at the beach, and frolicking in fountains. A favorite scripture is John 8:32, "You shall know the truth and the truth shall set you free." 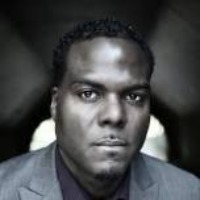 Leonardo Blair is an award-winning investigative reporter and feature writer whose career spanned secular media in the Caribbean and New York City prior to joining The Christian Post in 2013. His early work with CP focusing on crime and Christian society quickly attracted international attention when he exposed a campaign by Creflo Dollar Ministries in 2015 to raise money from supporters to purchase a $65 million luxury jet. He continues to report extensively on church crimes, spiritual abuse, mental health, the black church and major events impacting Christian culture. He lives with his wife and two sons in New York City.