Friday on Mornings with Eric and Brigitte, Paul Asay from Plugged In will join us to discuss Family Fun Time. We'll take a look at some family-friendly board games to consider and streaming suggestions for the weekend.

Plugged In Board Games

Streaming for Families in March 2022

If you've ever had any doubt about creation, evolution and/or the beginning of man, there is an event coming up that will answer all of your questions! Friday on Mornings with Eric and Brigitte, Creation Studies Institute Executive Director and Founder, Tom DeRose joins us to talk about "Exposing the Great Myths of Evolution",  that is scheduled on Friday evening, March 25, 7-9 p.m., where participants will learn the Biblical foundation of our origins and expose evolution's myths. 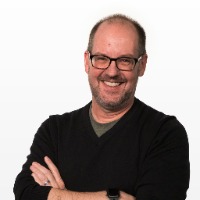 Paul Asay has been part of the Plugged In staff since 2007, watching and reviewing roughly 15 quintillion movies and television shows. He’s written for a number of other publications, too, including Time, The Washington Post and Christianity Today. The author of several books, Paul loves to find spirituality in unexpected places, including popular entertainment, and he loves all things superhero. His vices include James Bond films, Mountain Dew and terrible B-grade movies. He’s married, has two children and a neurotic dog, runs marathons on occasion and hopes to someday own his own tuxedo.
Tom DeRosa