Today's media-driven culture is targeting girls to grow up too fast. As a result, tween girls are facing bigger pressures at younger and younger ages. Author and conference speaker, Dannah Gresh joins Mornings with Eric and Brigitte on Wednesday to talk about the return of her True Girl Tour beginning in March all across the U.S. for girls ages 7-12 and to tell us about this year's seasonal bible study for tweens called "Miriam: Becoming a Girl of Courage", which is this spring's study on the sister of Moses.

Promo Code Active Only For March 23:

Miriam: Becoming a Girl of Courage Book and Live Stream

On Wednesday's Mornings with Eric and Brigitte, MBI Professor of Bible, James Coakley joins us to talk about "cliffhangers", those books in the Bible that end with uncertainty (at least from the standpoint of the reader). Deuteronomy, Jonah, Mark and Acts will be discussed, why they seem ambiguous, and why they do not provide closure for theological and practical reasons. 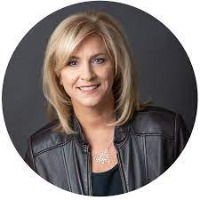 Dannah Gresh is the bestselling author, speaker, and founder of True Girl (formerly Secret Keeper Girl), America's most popular Christian tween event. She has authored over twenty books that have been translated into twelve languages, including And the Bride Wore White and Lies Girls Believe. Considered one of the leading experts on the subject of sexual theology and parenting tweens and teens, her resources have equipped over one million moms and leaders as they seek to raise their girls in confidence and Truth.  Dannah is a frequent co-host for Nancy DeMoss Wolgemuth's Revive Our Hearts as well as a popular guest on programs like Focus on the Family and Family Life. She lives on a hobby farm in State College, Pennsylvania, with her husband, Bob, and over twenty animals.