On Thursday's Mornings with Eric and Brigitte, Miami YFC Campus Life Director, Dwayne Eslick joins us to talk about a Youth Leaders Conference on Saturday, March 12, 9:30 a.m.-3:30 p.m. in Miami, FL.The pandemic has definitely resulted in sheep being scattered and shepherds left wondering how should ministry look now. It is time for student ministry leaders to GROUP, and this training will include small group leadership training, tips, strategy and philosophy. See website to register.

Pregnancy is widely regarded as the most joyful time in a woman's life, but for the mother who has experienced pregnancy loss, a subsequent pregnancy can feel like she's holding her breath and hoping for what she can't control. On Thursday's Mornings with Eric and Brigitte, author Jenny Albers joins us to tell her own story, share Scripture, and heartfelt prayer, as she encourages readers to cling to faith in the face of fear and learn to take their thoughts captive. In Courageously Expecting, Jenny meets women in this difficult season as someone who has also experienced the worst and cautiously hoped for the best. 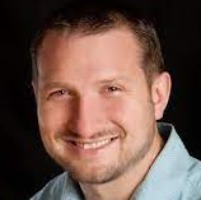 Pastor Dwayne Eslick grew up in the city of Miami and by sixth grade had been arrested twice. At that time, he met a group of Christians who reached out to him and his single mother. He made a serious commitment to follow Christ at the age of 13. After graduating from Moody Bible Institute, he went on staff at New Life Community Church in 1998, at their first location on the south side of Chicago. For 15 years he served as a youth pastor at that location, leading hundreds of youth to the Lord. In late 2011, God called Dwayne to plant the 15th location of New Life in the NE corner of Chicago. God brought together New Life Community Church - Rogers Park, a vibrant congregation that reflects the diversity of a neighborhood famous for its ethnic, racial, and cultural diversity on Chicago's north side. Dwayne's wife, Cecilia, grew up on Chicago's south side and has worked with young girls and ministered to women for over 20 years. Together they have four beautiful children. 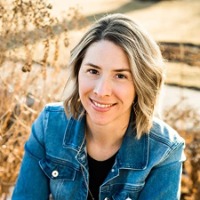 Jenny Albers is passionate about sharing her own experience with pregnancy loss and life after to encourage other women during their own difficult journey of loss and pregnancy after loss. She is a contributor for Pregnancy After Loss Support, where she writes about these topics. She also contributes to Her View from Home, a site focused on motherhood, marriage, faith, and grief. She calls South Dakota home, where she lives with her husband and two living children.