Hour 2: The 6 Seasons of Calling

Often we think of our calling as a singular moment of divine purpose revealed to us in young adulthood and static for the rest of our lives. But consider how God usually works. He created the cosmos in six successive days. Might He not also have six seasons of calling for the lives of His people? On Thursday's Mornings with Eric and Brigitte, author and social entrepreneur Brian Sanders joins us to help us view our calling as something ongoing and dynamic, rooted in our relationship with God and not a static or one-time experience. 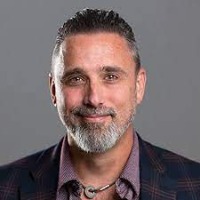 A social entrepreneur, Brian Sanders has helped to start hundreds of missional enterprises, including churches, nonprofits, and businesses all over the world. Most notably, Brian is the founder and former Executive Director of the Underground Network; an international fellowship of micro-church incubators creating city-based ecosystems of faith, creativity and empowered social enterprise. Brian has lived in intentional community in the inner city for more than twenty years, embodying the ideas that drive him. He lives in Tampa,
Florida with his wife, Monica and their six children.