On Wednesday, licensed psychologist, Dr. David Clarke joins Mornings with Eric and Brigitte to provide a step-by-step plan on how to make the break from your abusive relationship. When the abuse starts, that’s when you know enough is enough. It’s time to find a haven somewhere else. There will be a chance down the road to assess where your marriage is headed in the long term. Giving you some distance will allow you to see what your loving, ever-faithful God has in store for you. 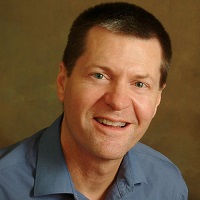