Is there a holier moment than when a preacher steps into the pulpit and opens the Scriptures before the people of the Lord? A.W. Tozer certainly understood the gravity and sanctity of that moment. His pulpit prayers reflect the holy awe that he experienced as he stood before God and the gathered congregation. On Friday's Mornings with Eric and Brigitte, Phil Shappard, a Moody Radio manager whose job was to remaster the audiotapes of Tozer's sermons, has collected and transcribed a collection of prayers that reveal the great preacher's intimate walk with God.

On Monday's Mornings with Eric and Brigitte, Moody Radio producer and host, Jon Gauger will give us an overview of Unshaken, Founder’s Week 2022. This year's event is a free annual Bible conference that encourages and equips Christ followers for their unique purpose and calling. Learn fresh biblical insight from today’s foremost Christian teachers and leaders that helps you under-
stand, live out, and share God's Word with greater clarity and urgency. Worship with inspiring musical artists and connect with students, alumni, and guests from across cultures, generations, and continents at one of the most trusted Bible conferences in the world! 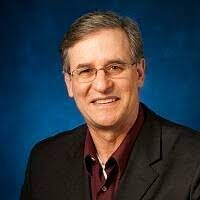 Phil Shappard served at the Moody Bible Institute as Moody Radio’s National Operations Manager before retiring at the beginning of 2020. Starting as a part-time announcer at Moody’s station WDLM in 1981 he came to Chicago in 1983 and joined the Moody Radio Network staff full-time in 1984. He studied at Toccoa Falls College and later graduated with a B.S. in Business Management from Elmhurst University in Elmhurst, IL. Phil and his wife Nora, have three grown children and nine grandchildren, and make their home in the western
suburbs of Chicago.