Over the next few weeks the eyes of the world will turn toward Beijing and the 2022 Winter Olympic Games. Leading up to and during the Games, The Voice of the Martyrs is calling Christians to commit to pray for Chinese Christians suffering persecution at the hands of the oppressive Communist government of the host country. On Thursday's Mornings with Eric and Brigitte, Todd Nettleton, Chief of Media Relations and Message Integration for Voice of the Martyrs joins us to share a website, PrayForChina2022.com, where believers can commit to participate in this worldwide campaign to pray for persecuted Christians in China.

Many people are unaware of the true impact abortion has had on our nation and our community. Thursday on Mornings with Eric and Brigitte, Beau Heyman, Executive Director of First Care Women's Clinic joins us as we get ready to observe Sanctity of Human Life Sunday on January 23. First Care Women's Clinic empowers women facing crisis pregnancies to choose life for their unborn children while sharing the love and good news of Jesus Christ. Their clinics provide free pregnancy tests, free ultrasounds, free pregnancy counseling, and referrals to our community partners to walk women through their pregnancy and beyond.

There are many misconceptions about spiritual warfare, and we hear and believe some of them, whether true or untrue. How do we sort out facts from feelings? Thursday on Mornings with Eric and Brigitte Moody Radio host, Jon Gauger continues his discussion with author and speaker, Dr. Fred Dickason about spiritual warfare praying. 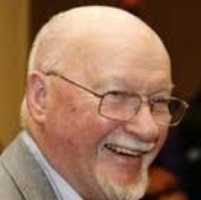