Hour 1: The Other Side of Infamy

On November 11 America will celebrate and thank its military veterans for their service and sacrifice. From World War II to Vietnam to more recent conflicts in Iraq and Afghanistan, what does it mean to put your life on the line for your country? What does it look like to live a life of faith through every danger, toil, and snare? Veterans Day on Mornings with Eric and Brigitte, author and former high school teacher, Mark Riley joins us to tell the story of his father-in-law, Jim Downing's deep faith in Jesus Christ, his journey through Pearl Harbor and what it was like to serve our country in a time of war.

Hour 2: The Jewish Roots of Our Faith

Why do Christians believe what they believe? In today’s cultural climate, it’s critical that Christians know where their beliefs come from and the foundations of their faith. Where do the Scriptures teach that Jesus is ethnically Jewish and what is the significance of this? Where does the Bible teach that Christians actually have Jewish roots, and what does this mean? On Thursday's Mornings with Eric and Brigitte, MBI Professor of Jewish Studies, Dr. Michael Rydelnik joins us to discuss these questions and more as we explore the rich heritage of our faith. 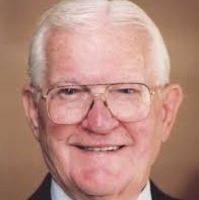 Jim Downing served in the US Navy for twenty-four years. He fought fires on and survived the sinking of the USS West Virginia during Japan's attack on Pearl Harbor on December 7, 1941. He captained the USS Patapsco during the Cold War, performed a host of missions on several ships around the world, and twice served stints as a navy instructor. Jim was married to Morena Holmes for 68 years before her death in 2010. He is the father of seven children and lived in Colorado Springs, CO before his death in 2018 at the age of 104.