Hour 1: The Most Reluctant Convert

The Most Reluctant Convert is a one-night movie release (Nov. 3) of the untold events of the life of C.S. Lewis, a story of one of the 20th century’s great thinkers, as he battles with himself and ultimately finds faith. On Wednesday's Mornings with Eric and Brigitte theatre actor, Max McLean, who plays C.S. Lewis in the film, talks about how the story explores the impact Lewis's friends had on the dedicated atheist who was forced to question his own disbelief.

Wednesday on Mornings with Eric and Brigitte, Dr. Sam Lamerson from Knox Theological Seminary joins us to talk about the Reformation. It has been over 500 years--what was the Reformation and why are we still talking about it? Why does it still matter today? Who were the major players in the Reformation (on both sides)? What does a "reformed church" believe and how is this different from other churches? What books or videos should one read/watch to learn more about the Reformation? Don't miss this interesting discussion! 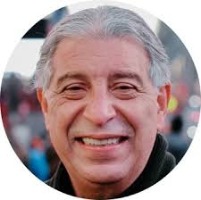 Max McLean is an award-winning actor and founder and artistic director of New York City-based Fellowship for Performing Arts. Max adapted for the stage The Screwtape Letters, C.S. Lewis Onstage: The Most Reluctant Convert, The Great Divorce, Genesis and Mark’s Gospel. His recent writing and producing credits include Martin Luther on Trial. As an actor, he created the roles of Screwtape in New York, on national tour and in London; C.S. Lewis in The Most Reluctant Convert on national tour, in an extended 15-week run in New York and in the upcoming film version premiering nationwide Nov. 3; Mark in Mark’s Gospel; and Storyteller in Genesis. Max received the Jeff Award—Chicago theatre’s highest honor—for his performance of Mark’s Gospel. 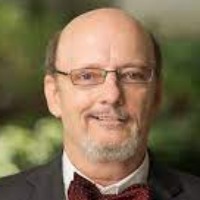 Dr. Sam Lamerson is a Distinguished Professor of Biblical Studies at Knox Theological Seminary. Dr. Lamerson’s teaching philosophy can be summed up in a quotation from William Butler Yeats: “Education is not the filling of a pail, but the lighting of a fire.” He hopes that his teaching will light a fire in students that will cause them to burn with desire to know more about God for the rest of their lives. He uniquely combines over 20 years of academic teaching with over 20 years of pastoral experience. Outside of the classroom, Dr. Lamerson maintains a regular preaching and teaching schedule in various churches. He is married to Cindy and has two grown children, Charity and Josiah, and one grand-daughter, Ella Grace.