Hour 1: Parenting Thru the Harms of Social Media

At this time in our culture, parents are finding themselves between a rock and a hard place. They want to protect their children from the increasingly violent and sexualized content of movies, TV, the Internet, and music as well as cyberbullying and obsessive cell phone texting. But they fear that simply “laying down the law” will alienate their kids. Friday on Mornings with Eric and Brigitte, Plugged in Movie Director Adam Holz joins us to share how we can teach kids media discernment, but let's not stop there. Use these teachable moments to uphold biblical standards and still keep the parent-child relationship strong.

Would you like to be a part of a Halloween alternative for kids? Dress up as part of God’s Creation or a Biblical Character and have fun celebrating God as our Creator. There will be fun experiments, candy, games, balloons, apple cider, and prizes for best costumes. Executive Director and Founder of Creation Studies Institute, Tom DeRosa joins Mornings with Eric and Brigitte on Friday to talk about this Creation Celebration happening on Friday, October 29, from 6-8 p.m. in Deerfield Beach. Free Admission, but registration is required. 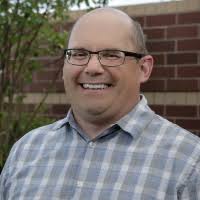 Adam Holz is the Director of Focus on the Family's Plugged in Movie Reviews.