Every church will experience conflict at some point. But it doesn't have to destroy you. In fact, conflict can be an incredible opportunity, if you know how to seize it. Unfortunately, very few churches use the opportunity well, buty our church can. Church conflict consultant, Michael Hare joins Mornings with Eric and Brigitte on Wednesday to talke about how pastors and leaders in the church can shepherd confidently in the face of conflict and invest in their church's future today.

Dr. Jim Coakley, Professor of Bible at MBI joins Mornings with Eric and Brigitte on Wednesday to show us yet another way to freshen up our bible study with a study of "Dialect." Just as we are aware of various dialects (southern, Bostonian), style of speech (formal “thou” and informal “you”) and tone (boastful or deferential) so the same language phenomenon is present in the Bible in subtle and not so subtle ways. The official linguistic term is “register” but it is a helpful item to track as we read the Scriptures. 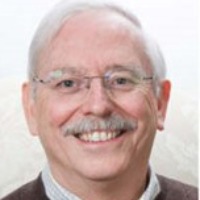 Dr. S. Michael Hare never imagined a life looking for conflicts to resolve. Becoming a Christian at 19, he went to Bible college desiring to find out how to better serve God. He worked for 15 years as a church conflict consultant, and recently completing a PhD in Conflict Analysis and Resolution. Dr. Hare also serves as a senior staff chaplain and ombudsman for Compassion with its nearly 4,000 employees ministering in 26 third world countries. He has served as an adjunct instructor in several universities and is currently teaching mediation courses in a doctoral program in Denver. Michael and his wife Colleen live in Colorado Springs, CO and have four children and six grandchildren who live in Africa, Germany, and the US.