This is the 20th anniversary year of 9/11, and many of us were changed by the events of that day. Tom Joyce, a retired naval captain serving in the Pentagon on 9/11 will be our guest on Mornings with Eric and Brigitte on Thursday to share his story from that day. His office was on the top (5th floor) of the Pentagon at the impact point of the 757 when it hit the building. Tom Joyce had around 100 people working for him in his office building, and all survived. He will share his experience and what he has learned from this journey with the Lord. 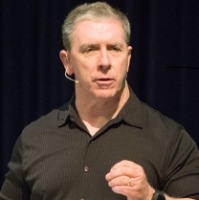 Retired Navy Captain Tom Joyce is a Pastor at Immanuel Bible Church in the shadow of the nation’s capital located in Springfield, Virginia. Tom graduated from the United States Naval Academy in Annapolis in 1979.  After completing Naval Flight Officer training, he was selected to fly as a “back-seater” in the F-14 Tomcat and later graduated from the Navy Fighter Weapons School (TOPGUN) in 1983. After several operational tours in fighter squadrons, Tom reported to Fighter Squadron One-Eleven as Commanding Officer onboard the aircraft carrier USS Kitty Hawk. Tom survived the September 11, 2001 terrorist attack on the Pentagon, which included his office.  He retired in August of 2003 after serving on active duty for more than 25 years. Tom and his wife Deshua have four grown children and four grandchildren. They live in northern Virginia.