Hour 1: Love Your Work - Recognizing Your God-Given Talents (Best Of)

As high school students graduate and consider their future, some look to college as a possibility and others are discovering that another path might be a better choice before they make a big decision like that. Coming up on Monday’s Eric and Brigitte, Robert Dickie III shares motivating stories, insights into today’s market, and how to search out new careers within your area of interest.

If you asked a millennial or younger person in your church, "What do I need to believe to be a Christian?" what would they say? At a time when "truth" is up for grabs, a journalist-turned-pastor wants to help believers understand what they believe. Monday on Mornings with Eric and Brigitte, John Dickerson uses simple stories that have resonated with his congregations for years and guides readers into these basic beliefs, and most importantly, he illustrates why these beliefs matter in his new book, Jesus Loves Me.

Hour 3: Good Work: How Blue Collar Business Can Change Lives, Communities, and the World (Best Of)

What kind of degree do you think you need to succeed in life?  A high school degree, trade or business degree?  College degree?  Monday on Mornings with Eric and Brigitte, Dave Hataj, a machinist with a doctoral degree, draws on the stories of his business, teaching us how to cultivate true inner goodness, meaning, and mission at work—no matter what you do. 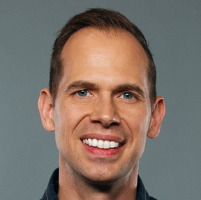 Jesus Skeptic book author John S. Dickerson is a prize-winning journalist, a Millennial, and a bestselling author. His writing has appeared in The New York Times and USA Today and has earned dozens of honors, including the Livingston Award for Young Journalists, given by Tom Brokaw of NBC News and Christiane Amanpour of CNN and ABC News. Now convinced that Jesus launched the greatest movement for social good, John has given his life to join the cause. Today he serves as Lead Pastor at Connection Pointe Christian Church in the Indianapolis metro area, where he lives with his wife and children. 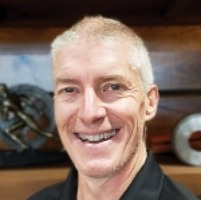 Dave Hataj is the president and owner of Edgerton Gear, Inc., a Wisconsin-based custom gear manufacturer. As a journeyman machinist by age twenty-one, he then earned a Bachelor's Degree from the University of California-Irvine. He completed his Master's Degree from Regent College in Vancouver, BC. His graduate work focused on Systems Theory in a Family Business context. In 2014 he earned a Doctorate of Transformational Leadership from Bakke Graduate University, developing a curriculum called Craftsman with Character.